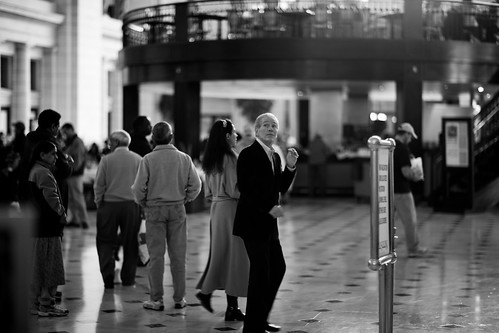 Washington, DC, Metro Station, on a cold January morning in 2007. The man with a violin played six Bach pieces for about 45 minutes. During that time approximately 2 thousand people went through the station, most of them on their way to work. After 3 minutes, a middle aged man noticed there was a musican playing. He slowed his pace and stopped for a few seconds, and then hurried to meet his schedule…

4 minutes later:
The violinist received his first dollar: a woman threw the money in the hat and without stopping continued to walk.

6 minutes:
A young man leaned against the wall to listen to him, then looked at his watch and started to walk again.

10 minutes:
A 3-year-old boy stopped, but his mother tugged him along hurriedly. The kid stopped to look at the violinist again,  but the mother pushed hard and the child continued to walk, turning his head all the time. This action was repeated by several other children. Every parent, without exception, forced their children to move on quickly.

45 minutes:
The musician played continuously. Only 6 people stopped and listened for a short while. About 20 gave money, but continued to walk at their normal pace. The man collected a total of $32.

1 hour:
He finished playing and silence took over. No one noticed. No one applauded, nor was there any recognition.

No one knew this, but the violinist was Joshua Bell, one of the greatest musicians in the world. He played one of the most intricate pieces ever written, with a violin worth $3.5 million dollars. Two days before, Joshua Bell sold out a theater in Boston where the seats averaged $100.

This is a true story. Joshua Bell playing incognito in the Metro Station was organized by the Washington Post as part of a social experiment about perception, taste and people’s priorities. The questions raised: in a commonplace environment at an inappropriate hour, do we perceive beauty? Do we stop to appreciate it? Do we recognize talent in an unexpected context?

One possible conclusion reached from this experiment could be this:

If we do not have a moment to stop and listen to one of the best musicians in the world, playing some of the finest music ever written, with one of the most beautiful instruments ever made…How many other things are we missing?

What have you noticed anything lately?
Did you stop and enjoy it?

TAKE YOUR FEAR AND SHOVE IT!

This course will show you how to face and erase fear in any difficult situation you face. 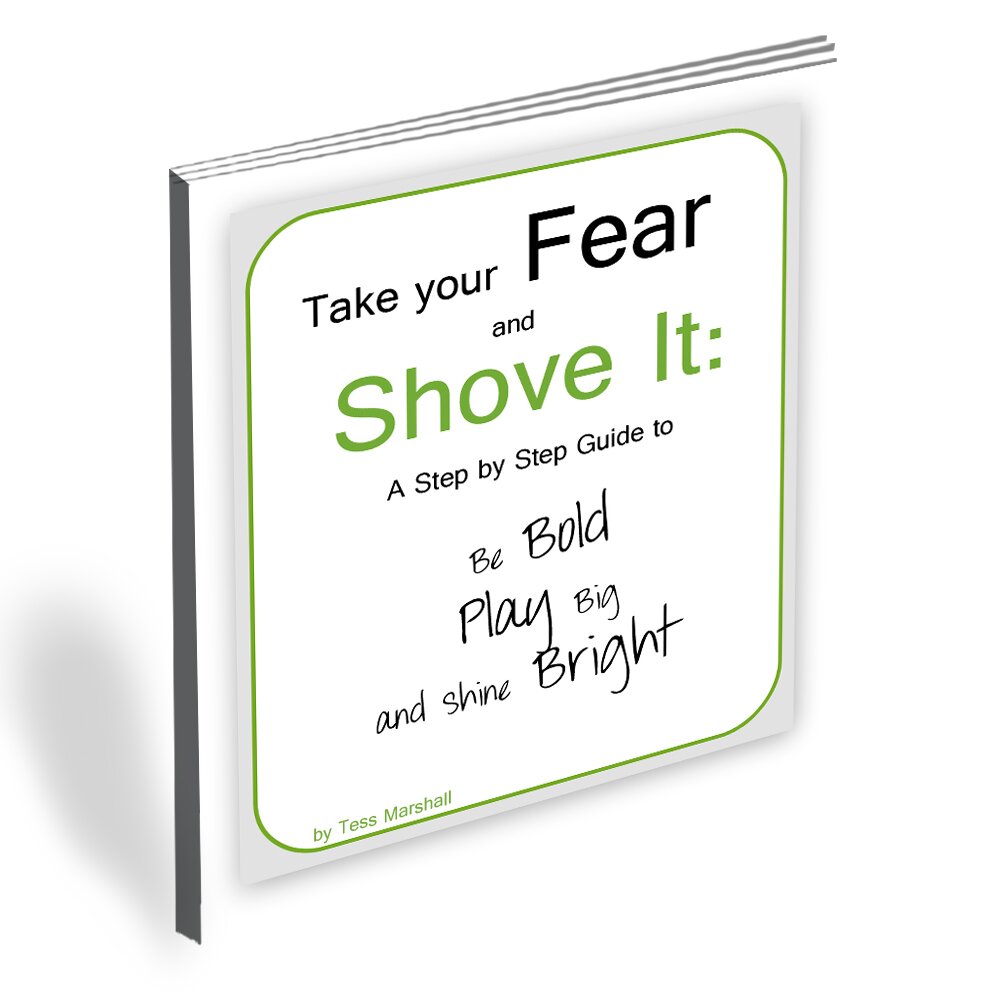 Amazing. Everyone thinks it’s begging. At least he’s giving you a world-class performance and you have the option of giving. I always give to street performers.

A shame that the parents of small children drag them away. They don’t see the natural interest children have in music; how so good it is for them.

i think this is amazing!!!! that people would not stop for such free talent, id say it just shows life is wasted on the living…

I’ve done my share of busking on the violin, and upon experimenting with different styles, I’ve found that passers by are more likely to pay attention if your play something more ‘folk’ or popular, something they can recognize. As beautiful as the Bach partitas and sonatas are, unless you can understand the intricacies and technicalities of it isn’t quite as impressive. and now I sound like a snob, which wasn’t at all what I was intending. If I’d seen Joshua Bell busking in the subway it would have made my life. That’s all.

Reading the part about the Parents dragging their interested kids away, breaks my heart. Little moments like that can have such a huge impact on kids lives and the parents are in too much of a rush to even let it happen. They could very well be the parent of the next Bach and not even realize it.

This story immediately reminded me of a moment I had about a week ago. Where my day was going terrible, the weather was freezing cold with overcast, and here I am walking into my house and then stopping to observe the hundreds of birds sitting in the giant tree in my backyard. For a reason beyond me, that five minutes was such a beautiful and comforting moment I felt great about life for at least a week after.

Any time a smell, sound, touch, taste, or sight gives you immediate positive vibes, take the time to stop and revel in it. Chances are it will be spiritually refreshing and a meditative experience that will make you, to some degree, better off.

What I would deduce from this is that as a consumer obsessed society we will only value and accord status to that which we pay money for.

It’s fairly likely people just didn’t stop because they didn’t want to HAVE to give money. I think people would stop and take a moment to see if it’s good, if they weren’t expected to always give money, which I think people feel they are.
Obviously buskers need to get paid, they are busking for money, but if you stop and listen to see if you like the music they’re playing, to see if they’re any good, they apparently expect you to pay for that time whether you enjoyed it or not.

I’m a huge Joshua Bell fan and love the article. Bell is a brilliant musician and the people who heard his music were blessed whether or not they recognized it in the moment. But there’s one thing Bell is not.

He’s not a street busker.

Busking (playing in the streets for tips) is an art form all it’s own. In addition to musicianship, buskers know how to use eye contact and other personal connections to draw an audience in. They know that if a child stops to listen, even for half a second, their next task is to engage the parents. They are intuitively open and inviting without being threatening. The best of them can balance their artistry with the audience’s need for the familiar while adjusting for the acoustics of their space, evaluating which people to connect with and which to ignore, and keeping an eye on their tip basket. They bring joy and art to non-traditional spaces for whatever price people feel like paying.

Consider this next time you hear one of these cats playing the streets.

I find this to be so common in our society, we are always in a rush, and we miss so much especially with cell phones the texting the computors. nobody talks any more…nobody has time for the things in life that really count.