How to Beat the Best at Their Own Game

Hugh DeBurgh, The Passionate Warrior, has dedicated his life to the achievement of the ultimate family lifestyle. Currently he is on the second leg of a worldwide travel adventure with his wife and four young children. How brave is that? Follow Hugh on  Twitter or sign up for his RSS feed and don't miss an update! 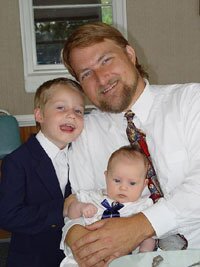 Everybody wants to win.

Winning is fun.  Achieving what you set out to do is part of what life is about. But when we start thinking about taking on a challenge, we can quickly become discouraged.

Let's get something straight.  You are probably very good at doing some things, and not so good at doing others.  However, you can be certain that you are not the very, very best at doing anything.  There is always somebody else out there that can do it just a bit better.

Some might see this as a depressing thought.  Others as a challenge.  But today I am going to talk about achieving your goals in a competitive environment where you know you are not the best.

It would be nice if everything that we do was cooperative rather than competitive.  Yet, reality is that much of our world is set up in a competitive way.  If you want to be a gold medalist, well, there's only one medal.

The question is, why should you even start down that road if you know for a fact that there are tons of people out there who are more skilled or more talented than you?

Here's the secret to achieving success when you know you are not the best – you need to master the Power of Focus on Demand.

The Power of Focus on Demand (PFD) is built around the concept of "Magic Moments."  Magic Moments are those very few, key moments in life where what you do has a huge impact on the direction of your life.

I learned the secret of PFD when I was much younger, when I did something that seemed really stupid at the time.

But back in those days, I was a creature of duty and discipline.  I believed that it was my duty to attend the conferences regardless of where we were.  So, while everyone else was on the beach, I was sitting in an empty conference room listening to some old American football coach explain why coaching football was a lot like running a successful business.

What I learned that day in that lonely conference room has stayed with me to this moment.  So I guess there is some justice in this world!

The Coach talked about how football players spend very little of their lifetime actually making a difference on the field. He noted that a great deal of the game consisted of just milling around setting up for the next play, or sitting on the bench.

And even when the ball was in play, if you are a wide receiver, for example, the only moments that really matter are when the quarterback throws the ball to you.  Otherwise, you are just running up and down the field with little impact on the outcome of the game.

But more than that, a football player spends the vast portion of his career in practice games, or in the weight room, or just putzing around in the off-season.

This coach had figured out that in a single year, during their career, a typical player only spent a total of a few minutes involved in some action that actually made a difference to whether the team won or lost.  And, of course, as retired players, these guys' lifetime reputations relied solely on what they did in those few minutes a year during their career.

The Coach called these few minutes a year the "Magic Moments."  Those key instances when what you do really matters.  He said that you can screw up all you want the rest of the year, as long as you show up for those few Magic Moments.

I'll bet that there are Magic Moments in your life.  Times when what you say or do makes the most difference.  How you perform during that key interview, for example.  Or what you say to that special someone on a key date.  You get the idea.

Perfecting your performance during your own Magic Moments is the great leveler – it allows you to win even if you are not the best.  This is because most very talented people are good all of the time.  But they have their down days.  They get up on the wrong side of the bed every so often.  And sometimes the challenge just isn't that important to them.  They've got bigger fish to fry.  Sometimes, after all of your worry, they don't even show up when the key moment arrives.  But you'll never know this unless you follow through to the end.

Perfecting your Power to Focus on Demand – your ability to be totally present at the key moments of your life – is the secret to winning when you are clearly not the best one out there.

Start taking inventory of your likely future Magic Moments.  It's a lot less stressful preparing to focus intensely for just a few minutes than thinking that you've got to be the absolute best, 24 hours every single day.

So, give yourself a break.  Relax.  And spend some of your plentiful off time practicing your ability to focus in those key, Magic Moments when you truly want to be your best.

Leveraging this one tactic can make a huge difference in your life.

The Way of the Passionate Warrior is Hugh’s contribution to assist and guide folks like you to a healthier, more fulfilling lifestyle.

Hugh’s academic credentials (Doctorate with high honors) and corporate leadership experience (former CEO, successful entrepreneur and author) led him to an understanding that there was more to life than simply the pursuit of money and power.

The Way of the Passionate Warrior is Hugh’s contribution to assist and guide folks like you to a healthier, more fulfilling lifestyle.

Feel free to contact Hugh with your thoughts and comments about your ultimate lifestyle. His email address is hugh(at)hughdeburgh.com. Check out Hugh's The Passionate Warrior Blog at http://thepassionatewarrior.com.