Mondays are 1/7 of Your Life

Warning! My blog will challenge you to be more, give more, live fearlessly, take more chances and show up in the world unstoppable, daring and bold. 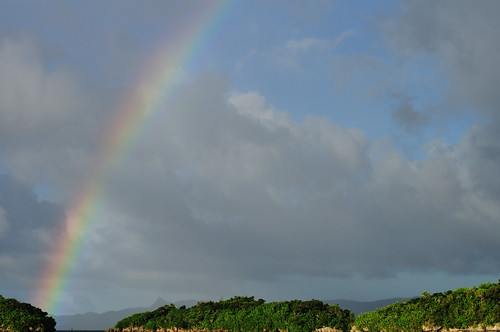 In 1980  Patricia Heaton  from “Everybody Loves Raymond” moved to Manhattan.  For the next seven years she scrambled to make ends meet working as a copy clerk, a shoe model and also auditioned for very small parts.

At this time most of her friends were married, had children, homes of their own and “real” jobs.

Patricia was only twelve years old when her mother died. One day while feeling alone and discouraged about her career she remembered something her mother taught her: “When times get tough and you’re feeling sorry for yourself, do something good for someone less fortunate.”

Taking action helps the other person. It takes your mind off your own troubles and helps you appreciate your own blessings.

Taking her mothers advice she applied to the “Big Sister Program.” The woman at the agency told her they had a girl interested in acting but, because she was older, she was difficult to place in a home.

They immediately became friends but because Patricia was so horribly broke they spent their time together, chatting, doing homework, hair and nails.

They were two lost people in New York who found each other.

A few years after meeting Carmen, Patricia decided to get serious about acting and moved to the West Coast. She said good-bye to New York and Carmen. They were both very sad about parting ways and promised each other they would stay in touch.

In 1995, the first season of “Everyone Loves Raymond,” Ray was living in Los Angeles, California while his wife was in Queens, New York. She was in need of a nanny. Patricia referred Ray to little sister Carmen.

Everyone Loves Ramon was a big success and one year later Ray moved his family and Carmen, their nanny to Los Angeles.

Patricia and Carmen were together again! Eventually Carmen out grew her nanny job and worked her way into a position as the production assistant.

We never know the impact our actions will have on another’s life.

Subscribe: Did you enjoy this article? Subscribe for free by RSS or e-mail and you'll always know when I publish something new.

I love hearing real-life stories, and this one was very heartwarming. It’s lovely to know that we can sponsor another person even when we’re broke ourselves. Too often we think we must be rich in order to make a difference. Great story.

Hi Tess!
I absolutely love stories like this one! Thank you so much for sharing this with us!

Hi Tess .. isn’t that a great story .. perseverance from Patricia and remaining in touch, continuing to help. Something we can all strive to do now and as you say don’t dwell on being sorry for ‘me’ but get on and do things for others - actually moving forward and implementing something, even small, helps all round and especially thinking of others instead of oneself.

Hi Tess - I really do think that doing something for someone else helps to break through one’s own barrier - if nothing else, the action gets your own momentum going again. Great story!

Hi Tess,
I’d like to share a short story about goodness coming back at you. I’ve been a cub scout leader at our local elementary school for the past several years, seeing many boys go through the program. A couple of years ago, completely unrelated to scouting, the electric service to our failed (my fault: who knew I shouldn’t play electrician!!) - on a Sunday afternoon on one of the hottest days of the summer. I wasn’t even sure who to call, and then remembered there was an electrician who had a place not too far from our house. Not knowing who else to call, I tried the number, hoping I would get some sort of emergency service number for help. Instead, the owner happened to be in the office and answered the phone. And, to my surprise, as I’d never made the connection before - he was the father to one of the boys who had been in scouts. He knew me (I didn’t really know him…just because I dealt with so many people). Well…that he knew me, he was more than willing to come over that day (in like 5 minutes he was there) to at least temporarily fix it until he could get parts to replace some of the failing components. And…no charge! For a Sunday repair to our electrical service. And I was prepared to pay extra to have someone there that day to solve the problem. What a surprise! And what a great lesson for me - in that you never know when the good your doing will come back to you tenfold (or more!). It was such a great lesson for me - in just how powerful it can be when you do some good in this world.

And what a great story you’ve shared, Tess - about Patricia and Carmen!

Hi Tess. What I like about your questions is considering who I have made an impact on. It is easy to remember those people who have impacted me. But now you’ve got me wondering WHO I may have impacted. This is neat because it makes me feel more aware of who and what I bring to each day. Thank you!

Professionally speaking, I had two incredible mentors. One who helped me get my first job out of college (I had been his intern and when I graduated, he found a way to pay me, which led to another job in the same company), and the other was my first boss in advertising. Both people believed in me when I didn’t believe in myself, and showed me what my talents were. They gave me confidence, not to mention were extremely financially generous at a time when I had very little.

Later, I had a chance to help both of them out and doing so made my heart burst with pride. To this day, I would do anything to help them, and I’ve never forgotten the tremendous impacts they had on my life.

People like that teach us, through their generosity, how to be generous.

I loved reading that story about Patricia, by the way. Thank you for sharing it!

Great story…I didn’t know that about her. I just made my appointment for an interview to become a Big Sister again. I had a little sister several years ago and last year I participated in their TEAM program - a group of us went into a local school once a week for the school year and mentored about 15, 13 year olds. This year I’m choosing to have 1 little sister again. I’m so excited - it was so much fun and an incredible to have such an impact on someone…sometimes you don’t even know you’re doing it.

As for my mentor - probably my husband. He has taught me a lot and is truthfully the reason I am where I am.

This also gets me thinking about how important every word and action is..everything impacts even if we don’t think it does.

This story really illustrates how what we put out, we get back. It also serves as a great reminder of how even the smallest of our daily actions can make a huge difference in the life of another.

Thanks for another GREAT “Monday” article!

I loved that story even more because we were just watching the show this morning!
The great thing about acting from love is how much Spirit and synchronicity love to make things happen when we’re inspired and motivated by a desire to love, connect and contribute.

“When times get tough and you’re feeling sorry for yourself, do something good for someone less fortunate.”

You beautiful, wonderful, wonderful woman, that quote is something I want to absolutely LIVE my life by, Tess In fact, I am, or at least will try to live it. Thank you, you blessing you.

Great story! We impact lives everyday, the choice of what are impact will be is ours.

Loved the story Tess and thank YOU for sharing it with us.
I believe there is a reciprocity to life and living and it just makes sense to do your best, be kind, and look out for opportunities to be helpful and generous.

My daughter got angry at me for giving my last dollar to a begging young fellow in the park who wanted money for the shelter. I did not need to believe him, I just did it and wished him well.

Thank you for this post - I appreciate your gifts.

Ever since I have come across the words ‘to live is to be love in action’ I can see more and more ‘proof’ of how valuable those words are.
When you are love in action, you harvest the love that you have sewed and you never know where you will harvest, because you actually sew everywhere and are no longer counting or watching. You will find abundance everywhere, just like nature grows abundantly.
What a heart warming story.

Wow, that’s a beautiful story. I really like true stories - especially like these ones - they speak to your heart. Even when there is nothing we can do for ourselves, we have it in us to do something for others …

“When times get tough and you’re feeling sorry for yourself, do something good for someone less fortunate.” - what a empowering message!

Daphne
We only need a little willingness and an open heart to help someone else. It’s amazing the impact we can have on another’s life.

Megan
I love these stories as well. And as a speaker have a million stored in my memory. This was one of my favorites.

Hillary,
In fact we can’t help helping ourselves when we do it for someone else.
I love Patricia Heaton as both a professional on and off the screen.

Hillary,
Yes indeed. I appreciate the knowledge you share with all of us on your blog. I learn from your blog each time I visit and for this I’m thankful!

Lance,
That’s exactly how families like ours do so well, with a little help from our friends. I’ve always been amazed at scout leaders and how generous they are with their time. Lance this doesn’t suprise me about you. You’re the sweeheart of the USA on and off line.
Robin,

The fact is it effects not only two people but all people in one way or another!

Davina,
Yes my friend and I know you’ve impacted many even in the blogosphere including me with your joy and wisdom!

Stacey,
You are a wonderful example to all. I’m not surprised that you’ve been in this program spreading your love around.

Keith,
I’m thinking you know this because you do this. It’s wonderful knowing we’re all doing this touching others and helping ourselves in many wonderful ways in the process.

Janice,
Who doesn’t like another rerun of the show. We laugh out loud even at those. All married couples can relate. And I know you’re another example of giving to others!

Patricia,
People like you give hope to the hopeless. You make the world go ’round in a wonderful way!

Wilma,
Yes my mother taught me this through her love and action. And growing up on the farm we were always in nature. Abundant living at it’s best!

Avanti,
Yes and we are so blessed for knowing and taking action. Thanks for stopping by my blog!