Bold Remarks for the World Changers of 2012 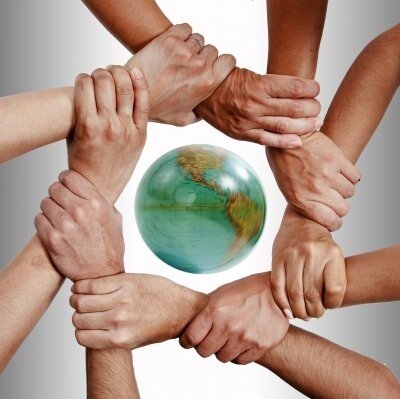 2. I knew I had to do something bold to get myself noticed. ~Kathleen Hynes

3. When you can't choose between two evenly balanced courses of action to take, choose the bolder. ~ W.J. Slim

Against the bold, daring is unsafe.

7. Live daringly, boldly, fearlessly. Taste the relish to be found in competition – in having put forth the best within you. ~James Kaiser

8. You have exactly one life in which to do everything you’ll ever do. Act accordingly ~ Collin Wright

9. All good fortune is a gift of the gods, and you don't win the favor of the ancient gods by being good, but by being bold. ~Anita Brookner

Boldness be my friend.

11. Why, I'd like nothing better than to achieve some bold adventure, worthy of our trip. ~ Aristophanes

12. The fact is that you know you could be living a bigger, better, bolder life than you are now. ~ Corbet Barr

13. Over the next four years, we will be bold. We will be willing to experiment. We will not fear failure. ~ Matt Blunt

14. We're getting really bold now. We'll just go right up to someone and ask them. ~ Christine Richerds

15. Without faith nothing is possible with it, nothing is impossible. ~ Mary McLeod Bethune

16. How bold one gets when one is sure of being loved. ~ Sigmund Freud

You have exactly one life
in which to do everything
you’ll ever do. Act accordingly.
~ Collin Wright

18. Avoiding danger is no safer in the long run than outright exposure. The fearful are caught as often as the bold. ~Helen Keller

19. Boldness be my friend. ~ William Shakespeare

20. Aggressive play is a vital asset of the world’s greatest golfers. However, it’s even more important to the average player. Attack this game in a bold, confident, and determined way, and you’ll make a giant leap toward realizing your full potential as a player. ~ Greg Norman

21. Be bold and boast, just like the cock beside the hen. ~ Aeschylus

Freedom lies in being bold.

25. Laugh at yourself, but don't ever aim your doubt at yourself. Be bold. When you embark for strange places, don't leave any of yourself safely on shore. Have the nerve to go into unexplored territory. ~ Alan Alda


26. Everything I put my name to and take part in, I want to be good. That's not saying it will always happen. But I want to make bold choices. ~ Michael Fassbender

28. He is the best man who, when making his plans, fears and reflects on everything that can happen to him, but in the moment of action is bold. ~Herodotus

30. How does the Meadow flower its bloom unfold? Because the lovely little flower is free down to its root, and in that freedom bold. ~William Wordsworth

31. I choose bold. I choose action. I choose what's right for the people. I choose to make a difference. ~ Bill Richardson

33. If we would guide by the light of reason we must let our minds be bold. ~ Louis D. Brandeis

34. Laugh at yourself, but don't ever aim your doubt at yourself. Be bold. When you embark for strange places, don't leave any of yourself safely on shore. Have the nerve to go into unexplored territory. ~ Alan Alda

35. We need to be visonary; we have to be bold. ~Angela Hunt

What would you do if you weren’t afraid?

37. Be bold, be bold, and everywhere be bold. ~ Herbert Spencer

38. Be bold. If you’re going to make an error, make a doozy, and don’t be afraid to hit the ball. ~ Billy Jean King

39. No discovery was ever made without a bold guess. ~ Issac Newton

40. At commencement you wear you square-shape mortarboards. My  hope is that from time t time you will let your minds be bold, and where sombreros. ~ Paul Freund

41. Our solutions must be beyond anything we have ever considered, we should not be afraid to try bold new approaches. ~ Mary Landrieu

Without risks there is no reward.

43. Courage is the greatest of all the virtues, because if you haven't courage, you may not have an opportunity to use any of the others. ~ Samuel Johnson

45. It's better to be boldly decisive and risk being wrong wrong than to agonize at length and be right too late. ~ Marily Moats Kennedy

46. Stand upright, speak thy thoughts, declare the truth thou hast, that all may share; Be bold, proclaim it everywhere: They only live who dare. ~ Voltaire

47.  Distance is not for the fearful, it is for the bold. It's for those who are willing to spend a lot of time alone in exchange for a little time with the one they love. It's for those knowing a good thing when they see it, even if they don't see it nearly enough. ~ Unknown

48. All our problems become smaller if you don’t dodge them, but confront them. Touch a thistle timidly, and it pricks you; grasp it boldly, it’s spines crumble. ~ W. J. Slim

Be bold, be bold,
and everywhere be bold.

51. Live daringly, boldly, fearlessly. Taste the relish to be found in competition – in having put forth the best within you. ~ Henry J. Kaiser

52. A whole stream of events issues from the decision raising in one's favor all manner of unforeseen events, meetings and material assistance which no one could have dreamed would have come their way.

I have learned a deep respect for one of Goethe's couplets: “Whatever you can do or dream you can, begin it. Boldness has genius, power and magic in it. Begin it now! ~ Goethe

I don't know what the future holds,
but I know  who holds the future.

54. Those who take bold chances don’t think failure is the opposite of success. They believe complacency is.
~ Unknown

55. All the problems become smaller if you don't dodge them, but confront them. Touch a thistle timidly, and it pricks you; grasp it boldly, its spines crumble. ~ William S. Halsey

56. If you choose something that's really bold, it can really stand on its own. ~ Aimee Sands

57. Some consider setbacks a badge of honor, unmistakable proof they’re bold risk takers. Far from hiding their blunders, they brag about them. ~ Unknown

58. All courses of action are risky, so prudence is not in avoiding danger (it's possible), but calculating risk and acting decisively. Make mistakes of ambition and not mistakes of sloth. Develop the strength to do bold things, not the strength to suffer.  ~ Niccolo Machiavelli

59. The country needs and, unless I mistake its temper the country demands bold, persistent experimentation. It is common sense to take a method and try it: If it fails, admit it frankly and try another. But above all, try something.

The millions who are in want will not stand by silently forever while the things to satisfy their need are within easy reach. We need enthusiasm, imagination and the ability to face facts, even unpleasant ones, bravely.

We need to correct, by drastic means if necessary, the faults in our economic system from which we now suffer. We need the courage of the young. Yours is not the task of making your way in the world, but the task of remaking the world which you will find before you.

May every one of us be granted the courage, the faith and the vision to give the best that is in us to that remaking! ~ Franklin D. Roosevelt

60. Put a little boldess in everything you do. ~Baltasar Gracian

I will boldly share this now, thankyou.
be good to yourself
David
David Stevens´s last post…21 more Self Discovery Questions for the 40+’s……enriching your Mid Life Journey in 2012

Yea to me being bold is all about stepping out there and following what you want with passion.

Bold people get noticed and attract attention – Bold people are focused and don’t care what the masses think..
jack foley´s last post…How To Have Total Commitment in Your Endeavor

Thank you Jeanne! You’ve made my evening;)

Nothing much happens without boldness, does it? Just strike on out and do what your soul says needs to be done. Fear be damned. That’s pretty much it

Julie,
I like how you put that! My soul says to move forward and use your gifts and talents to co-create the world!

Love all your fabulous quotes. They sure make you want to jump into Bold action.
My journal bedtime note will be – ‘tomorrow take some bold action.’
Thank you.

You did it again, Tess. Gathered up great stuff and gave me a shot of bold inspiration….thank you.
WInsomebella´s last post…If You Want to Know Why

Wow. Just makes me want to do so much stuff today! I’m usually pretty stoked about the day but this made me even more so stoked!

Another Bold Mahalo to you!

Hi Tess. I love these super motivating, bold quotes. Thanks for being you…and for inspiring boldness in readers like me.
Nea | Self Improvement Saga´s last post…15 Life Lessons Learned and Another Birthday

Everyday I tape an inspirational quote on my desk. Just printed this list to use…..wonderful, wonderful. Thanks! Fran
Fran Sorin´s last post…Thought For Today – Matisse on Creative People